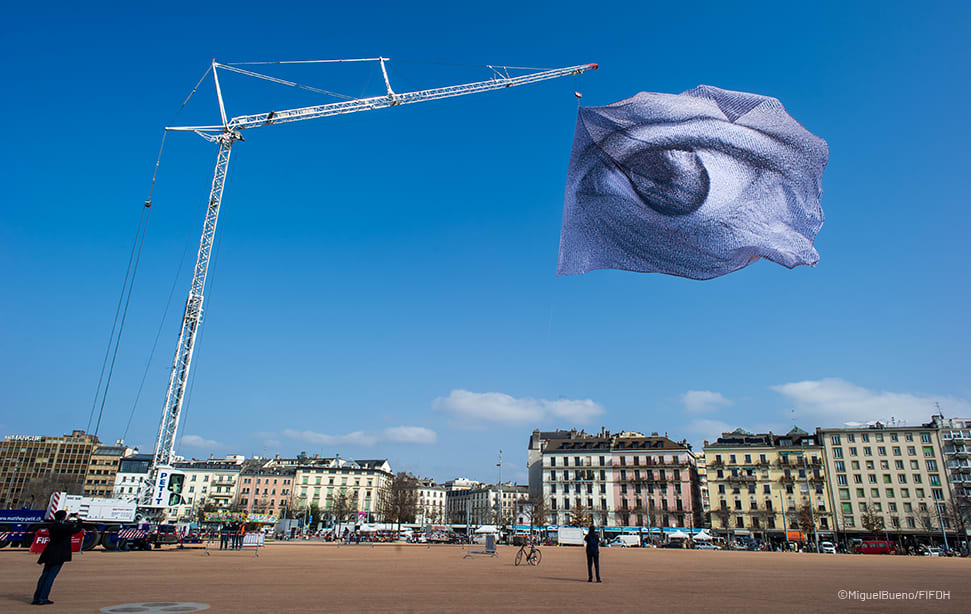 #WeAreWatching is a monumental eye, made up of thousands of portraits contributed from 190 countries. It flies high on a flag the size of a 10-storey building, raised at key climate events to hold leaders accountable as they decide the future of our planet.

As featured in The Guardian and Keystone the flag has flown high above Geneva, home of the UN Human Rights Council. It was first designed for and flew at the COP25 UN Climate Change Conference in Madrid, where it was also carried by the 500,000-strong crowd at the March for Climate.

Throughout 2021 We Are Watching has:

The flag continues its journey around the globe, keeping the eyes of the world firmly on decision-makers.

Creator Dan Acher is an international artivist, Ashoka Fellow and the founder of Happy City Lab. At the center of his work is art as generator of social change across local and global communities. He uses cities as playgrounds, in which his large-scale installations enable strangers to come together and connect beyond their differences. Dan is based in Geneva, Switzerland, and is also currently touring BOREALIS : The Northern Lights on Demand.