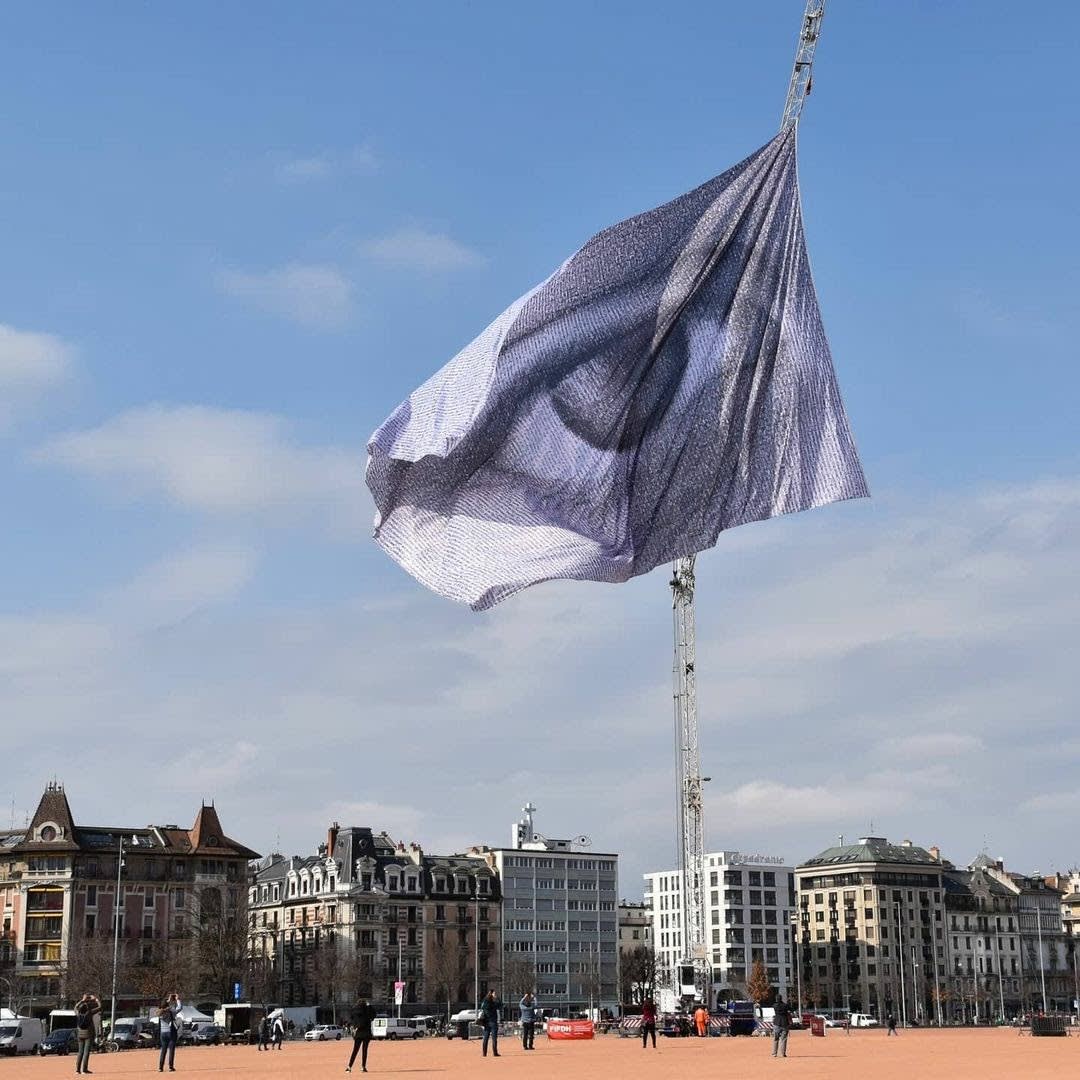 #WeAreWatching is a monumental eye, made up of thousands of portraits contributed from 190 countries. It flies high above cities on a flag the size of a 10-storey building, raised at key climate events to hold leaders accountable as they decide the future of our planet.

Its message is crystal-clear : the eyes of the world are upon you.

The flag's first tour of duty was the COP25 UN Climate Change Conference in Madrid, where global representatives gathered with a view to committing to urgent environmental targets. The flag flew there and was carried by the crowd at the end of the 500,000-people-strong March for Climate, where artivist Dan Acher presented the project on stage before Greta Thunberg and Javier Bardem spoke their manifestos. As the summit drew to a close the faces of We Are Watching were brought into the COP25’s Green Zone, and Fridays For Future leaders decried the disconnect between what the science requires and what the climate negotiations were delivering.

On 6th March 2021 the eyes of the world flew high above Geneva - home of the Human Rights Council - to mark the opening of the FIFDH International Human Rights Film Festival.

The flag is growing and continuing its journey to climate events around the globe, keeping the eyes of the world firmly on decision-makers. Be a part of it on www.WeAreWatching.org